Dipped in Armani, the budding diva dazzles rocks rocking a blonde pixie cut. The coveted feature arrives as she gears up for the 2021 GRAMMYs, where she’s up for six awards. Beyond styling and profiling, she seized the moment to open up about her journey thus far.

“I had to fight inner demons. I wanted to write songs that were more sad, more about heartbreak, because I thought that writing happy songs would turn into cheesy songs. I had to fight that because I was like, ‘I am happy. I deserve to be happy.’ I should be able to write about that without the fear of feeling like I’m compromising my authenticity because I’m not crying about something or someone.”

On Initially Struggling With The Pressure Of Scrutiny:

“I would get anxiety. And I was like, ‘This shouldn’t be the way that I’m experiencing this once-in-a-lifetime experience.’ It was messing with my confidence. I’d be super-nervous, wondering what everyone’s gonna say.” 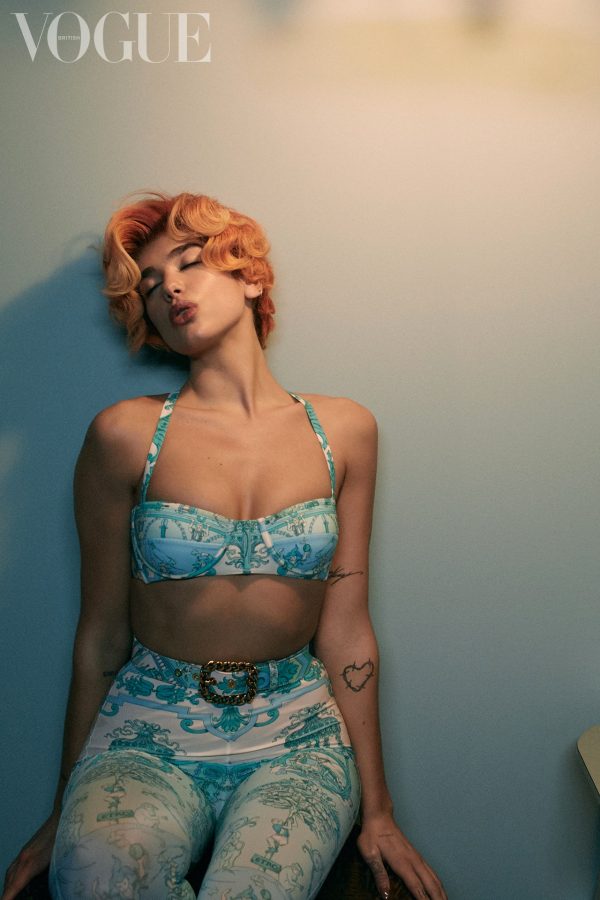 On Her Relationship With Anwar Hadid:

“We’re quite private – we’ll only show you as much as we want you to see. It’s a little bit of give and take, trying to find the right balance of being so excited and being in love, and wanting to share that with the people around me, but at the same time not wanting to put too much out there. I want to be able to just be happy in this relationship without having other people’s opinions.”

On Her Aspirations Outside Of Music:

“I’d love to do something fun in terms of fashion. At the moment, my focus is music, but I want to be able to branch out and do something else. I would love to start a brand at some point, even if I start off really small. I have to take it in baby steps.”

On Aiming To Advance Women In Music:

“For women, it’s a lot harder to solidify yourself as an individual in music. In a perfect world, we wouldn’t have to prove ourselves so much to the point that maybe we run ourselves into the ground of being like, ‘I must be heard.’ But that is the world we’re in right now. I like to prove that I can do it. I’m stubborn.”

The February issue of British Vogue hits newsstands on January 8