Colorado legislature will vote to bring back the traditional green mountain/white background license plates of yesteryear.

It was good enough for years, and it can be good enough again! At least that’s what State Senator Kevin Priola, R-Henderson, thinks when it comes to Colorado’s license plate design.

The legislator introduced a draft bill to bring back the dark green mountain/white background plate starting in 2021. The bill moved forward in late October when it won approval in an interim committee on transportation issues. There are a few more steps to go before it can be formally brought before the legislature in 2020.

According to Priola, the changeover is about function over fashion.

The current white mountains/dark green letters/green background plates that have been the standard since 2000 and make up about 80 percent of plates on the road (Colorado has around 180 types of plates in total). However, they have some pretty substantial problems, the biggest of which is the dark green lettering is known to fade, becoming significantly less reflective at night and readable at any time of the day. That poses a problem for law enforcement, as well as toll-road readers. 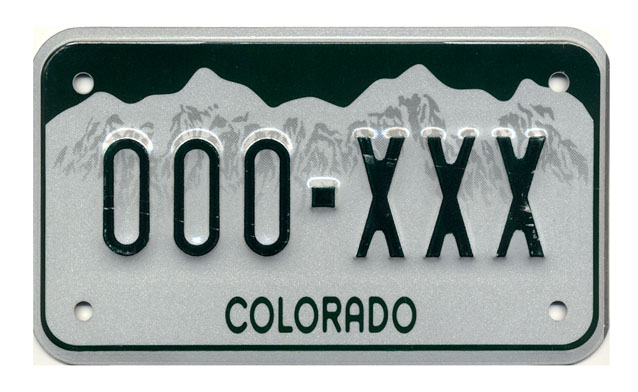 The current plate design. Courtesy of Colorado Department of Revenue.

In addition, the switch over would catch some of those vehicles that are driving out there unregistered, as owners would be forced to register the vehicles to get the new plates. So, surprise (not), the change is pretty much driven by generating revenue.

The bill is calling for an appropriation of $371,918 to the Department of Revenue, with most of that coming from taxpayer dollars. Under the piece of legislation, the state would have to exhaust its current supply of plates before it starts handing out the new ones in 2021 starting with newly registered vehicles. It is estimated it will cost owners $3.78 per set.

Are you a fan of the old Colorado plate style? Do you support this license plate design change? Let us know in the comments below.

Pixar Released a Short Film About a Stray Cat Befriending an Abused Pit Bull, So Get Ready to Cry at Your Desk