Instagram Restricts Promotion Of Body Enhancing Products From Users Under 18

Instagram is putting a limit on the amount of body enhancing products exposed to users under 18.

According to Buzzfeed News, the platform will restrict promotional posts that center around cosmetic surgery and weight loss products for minors. The monumental move was partly inspired by actress and body activist Jameela Jamil who previously called out celebrities like Cardi B and the Kardashian family who promote products like diet detox teas to their very young fans.

“We want Instagram to be a positive place for everyone that uses it and this policy is part of our ongoing work to reduce the pressure that people can sometimes feel as a result of social media,” Instagram’s public policy manager, Emma Collins said. She also noted that changes will also take place on Facebook.

A spokesperson for Instagram said that it’s about reducing the pressure that people can sometimes feel using social media.

Wow that was fast. This Kim Kardashian flat tummy shake post from January is now only accessible if you’re logged into Instagram and listed as over-18. 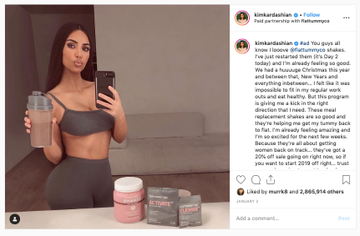 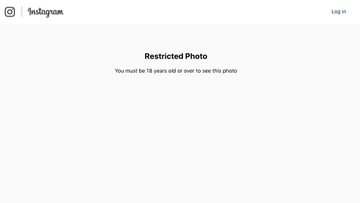 Rumors have circulated around updates for some time. Others included the elimination of Instagram’s “likes” algorithm.

Users will also have the ability to report any posts that do not follow the latest guidelines, as reported by CBS News.

In a world that is heavily influenced by social media posts, this looks to be a step in the right direction for body positivity and acceptance. For her influence in the decision, Jamil stated “Facebook and Instagram [are] taking a stand to protect the physical and mental health of people online, sends an important message out to the world.